What are the True Costs for Waste to Energy Transport 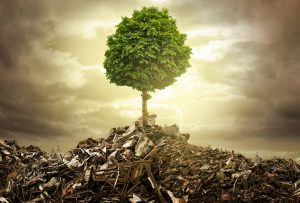 The waste to energy debate in the United States has been a tense one as environmentalists and politicians weigh many aspects of a solution that hasn’t yet caught on. With municipal landfills getting zoned off in most major cities nationwide, there is certainly a need for new waste management streams, and we have a moral obligation to stop sending it to third world countries whose infrastructures can’t handle it. Though a zero landfill initiative would be a dream come true for the government and environmentalists alike, there isn’t hope of this becoming a reality anytime soon, necessitating accessible alternatives like an investment in more waste to energy plants.

What is the Waste to Energy Debate?

Waste to Energy, or WtE, is a means of disposing of waste, usually by incineration, to produce electricity and heat, and even biofuels. There are less than 100 WtE plants in the United States, while in Europe it has become much more popular and is accepted there as a form of renewable energy. American environmentalists would argue that it can’t be renewable if it depends on human waste. Many WtE plants can sell energy or heat directly to the grid, while the combustible fuel producers create methane, methanol, ethanol or synthetic fuels that can be used for transportation as well as in industry. Aside from the debate as to whether waste to energy is actually a renewable energy stream, many people use the Not-in-my-Backyard (NIMBY) argument against building more WtE plants because they are worried about smells, smoke, and other pollutants. These concerns have been largely disproven through research, however.

The Cost of Transportation

There is the question of the cost associated with shipping waste to WtE plants and whether it’s worth the transportation costs. The fact is that many municipalities are already increasing their waste transportation costs because of full landfills, and are sending their garbage not only to other states but to other countries. The rising costs of shipping waste are significant and becoming the norm in more densely population centers around the country.

Is it Worth Shipping to a Waste to Energy Plant?

It may seem an unnecessary cost to ship to a WtE plant right now, but the more mainstream this solution becomes, the more plants will be built. By fronting the cost now, you are investing in the future of waste management in this country. The hope is that someday you will have a municipal waste to energy plant that won’t require excessive shipping costs. There are numerous ways to reduce the amount of waste you are producing, as well as the option of investing in a commercial trash compactor. Both scenarios will help offset some of the costs of shipping your waste to a WtE.

If you are considering whether to do more with your waste then send it to your local landfill, the waste to energy solution is a great opportunity for you. If you want to speak with waste management experts to discuss your options, give KenBay a call!